If there was ever a time of year to change your name from Ilka to Wilka, it’s before the fifth of December in the Netherlands, when Sinterklaas brings presents to children. Why would you want to change your name? You’ve been good right? RIGHT?! Well, you’d consider a name change only if you were seriously greedy for chocolate.

You see, the Dutch love to give each other chocolate letters for Sinterklaas. These letters are supposed to correspond to the first letter of your first (real!) name. They are made from dark, milk or white chocolate – sometimes with hazelnuts or fruit & nut combos, decorated or plain – they are all lekker! Now, I think you’ll agree with me that those skinny letter ‘I’s don’t seem to match up to their weightier friend, the larger looking ‘W’s! So, for the next week, I’m officially Wilka to anyone who loves me enough to shove chocolate in my shoe.

This cool tradition means that from the middle of November, till Sinterklaas’ visit on the 5th December, Dutch kids put out their tiny little clogs (or crocs, depending on preference) for Sint to pop a choccy letter in there. They are also given as gifts to friends, colleagues and family members. Or me. Just give them all to me.

This heavenly chocolate alphabet is only available for a short time, so don’t forget to stock up! As soon as Sinterklaas is over,…as swiftly as these lovely treats have appeared on our shop shelves…they pull a disappearing act and stay away for a whole year! I wonder if they need to hire someone (called WILKA) to eat the leftover letters?! 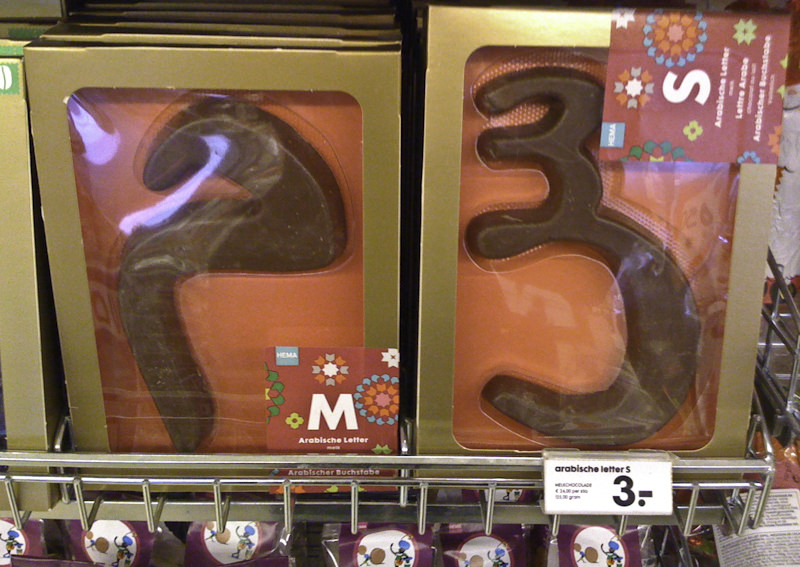 Rebekah Lawler is an Irish writer, living in Dutch suburbia. She spends her days zooming around in her battered bakfiets with the two smalls, fascinated by all the Dutchness around her.