Dutch people like living a curtain-less existence, thereby showing the world they have nothing to hide. Take a leisurely stroll down any Dutch street and you are sure to notice one starting similarity: a persistent lack of curtains, and hence personal privacy. I have to admit that my voyeuristic tendencies are heartily fulfilled in this town.

Curious about the neighbours decor or sense of style ? Want to know what Jaap and his family are eating for dinner? Want to know what most Dutch folks are watching on the televisie? You can find the answers to all your questions and much, much more behind Dutch people’s naked, street-level apartment windows.

What I have come to realize, during my many voyeuristic expeditions around my neighborhood, is that Dutch people seem to get as much entertainment (or perhaps even more) looking out and observing who is looking in. I begin to wonder who is the fish and on which side of the aquarium am I standing? 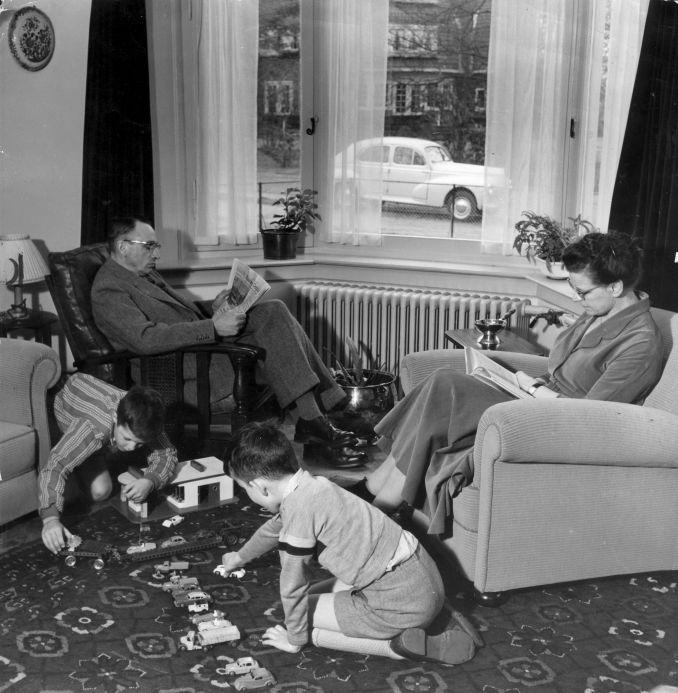 Look inside. Nothing to hide

My favorite jaunt around my neighborhood leads me past, what I like to refer to as my Dutch Bundy family (Married with Children). On a typical evening, the whole family can be seen squeezed into their tiny living room watching some popular Dutch TV show (think Dancing with the Stars at the moment). You see Vader wearing nothing but his leopard-print underwear, Moeder and Dochter coiffed with same red-hair dye and matching neo-mullets. Vriend, Zoon and Hond are all there, squished onto the other couch. How gezellig!

Now, much has been discussed about this curtain-less matter. Yes, it’s not my keen observations skills that first noticed this alarming occurrence. The common explanation is that it stems from Dutch people’s Calvinistic roots: allowing passers-by a full view of your living quarters shows that you have nothing to hide.

BUT, my theory on the matter is slightly different. I don’t think it has anything to do with Calvinism. I think the answer (as always) is much more simplistic and can be summarized in 5 letters: L-I-G-H-T. We all know Dutch people love the sun and quite frankly, many of those ground-floor and entre-sol (basement) apartments are nothing more than a dark, somber dungeon. Without the curtains open and the light pouring in, Dutch people would essentially live like underground moles: traveling from dark apartment, to dark outside, to dark workplace, a possible stop-over at a dark brown cafe, and then back to said dark apartment. Leaving the curtains open is essentially a basic human survival technique, a meager attempt at fighting the never-ending battle on Vitamin D deficiency.