A few years ago, a friend of mine from Canada came to visit so I took some time off to show her around Amsterdam. After a couple of hours wandering around the city, she suddenly stopped and blurted out “What’s going on in this town?? Is there some sort of ‘sexy single Dad’ convention on today?” I stared at her utterly confused. “Come on!” she said, “What’s with all the hot dad’s alone with their kids?” she exclaimed.

I looked around, fearing I had missed some parade of shirtless baby-wearing men marching down the street. Nothing was amiss, everyday scenes of Amsterdam life swirled around us – and to my disappointed, I didn’t spot any unusually good-looking men in our vicinity. She went on to loudly express her utter amazement at the amount of “active”  fathers she had seen alone (gasp!) with their children around town that day. “Remember that Dad this morning riding the bike with his 3 kids?” “And all those Dads we passed in the park…and now that Dad over there feeding a baby, and that guy pushing the stroller, and that one by the canal…”

I cut her off, as clearly this exercise could go on all day, and her finger-pointing and elevated voice was starting to attract a few pairs of curious eyes. “Shhhh”, I replied. “They’re just all on their “papadag”!

I should have guessed this wouldn’t quiet her down: “Their WHAT??” she cried, mimicking my throaty Dutch “g”.

The Dutch word “papadag” doesn’t have me bat an eyelid now,  but back when I first arrived in the Netherlands my reaction was pretty similar to my Canadian friend’s. What?? Men take a day off work, EVERY week to just be with their children?! It wasn’t that the concept in itself was not appreciated, it was just sooo utterly unheard of. In North America a day off each month for fatherly duties would be a shocker, let alone a day a week! 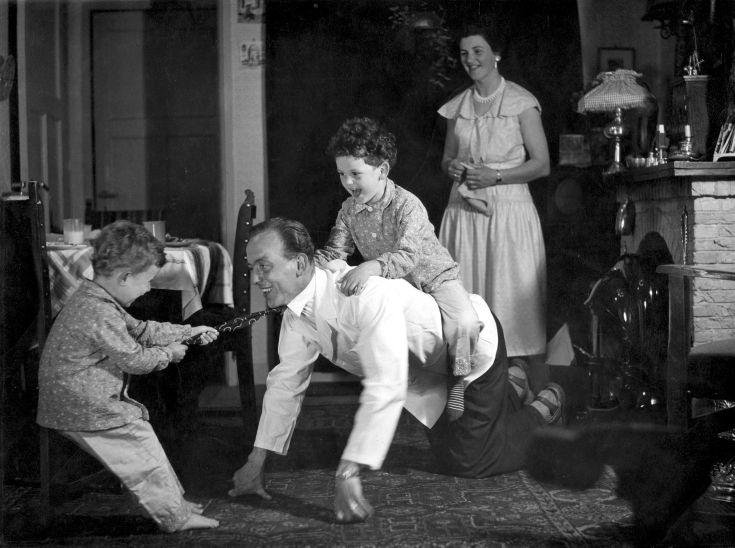 According to national statistics, over a third of men in the Netherlands work a reduced work week. In fact, a whopping 25% of Dutch men officially work part-time. This is an enormously high figure, especially when compared to the European average of 8%.  Furthermore, a large portion of men who work full-time (36hrs) choose to do so over the course of a four-day work week, rather than the traditional five.

Dutch employers are highly accustomed to the “daddy-day” arrangement and often offer it as selling-point in interviews or contract negotiations. It does help that, according to the Economist, the Netherlands has a “rather laid-back approach to work: with more than half of the Dutch working population working part-time, a far greater share than in any other rich-world country”.

A few years back the New York Times ran a feature article on part-time work, and introduced America to the concept of the Dutch daddy- day:

“Working four days a week is now the rule rather than the exception among my friends,” said Mr. Vermaire, the first man at Wijn & Stael Advocaten to take a “daddy day” in 2006. Within a year, all the other male lawyers with small children in his firm had followed suit.”

Now that I’m a mother myself, the papadag has taken on a whole new meaning. It truly is a privilege to live in a nation where men not only have the desire – but also the opportunity – to actively participate in the weekly childcare duties.

A recent study in America attempting to gauge the opinions of employers regarding men and deliberate part-time work choice. The study concluded that men were more likely to be penalized for working part-time than women:

” Part-time work arose in the U.S. economy as heavily feminized types of work. Employers might perceive nonstandard employment histories as a common experience for women. For men, by contrast, employers may take such a history as a signal that the male worker was unable to find a full-time, standard job.”

As important shifts in our globalised working culture continue to take place, it is my hope that the Dutch attitude towards part-time work – especially the concept and value of a “daddy day” – will cross the atlantic. Right now, it’s a far flung idea for many, but it never hurts to dream big!

One thing is true if you spend any time in the Netherlands, you are sure to see Dads playing an active role around nearly every corner:  Dad’s making the school run, Dads biking their kids to playdates, Dads at the playgrounds, Dads at museums, Dads at the doctor’s…you get the idea! If, however, you have a penchant for Dutch men (like my Canadian friend) – don’t go assuming these dads are single simply because they happen to be spending quality time- alone– with their kids!