You may have noticed more than a few wheeled contraptions whizzing by you in this town. In fact, it sometimes seems impossible to separate where the Dutch begin and their bicycles end. Rain (or rain or rain) or shine, the Dutch can be found criss-crossing this bridged city on their trusty (and rusty) two-wheeled friends. With over 880.000 bicycles in a city of less than 790.000 people, you can understand why we’ve made this #1 on the complete list of Stuff Dutch People Like. The numbers, my friends, speak for themselves!!

Of course cycling in itself is not such a special feat, many cities around the world are now home to a growing mass of daily cycle-commuters, but trust me, the Dutch bring their own distinct flare to the sport. Don’t expect to see any fancy, sophisticated, titanium-suspension-rigged bicycles on the streets. Dutch people certainly will not be impressed by how much your posh new bike set you back.

Nope, Dutch people love their gearless, rusted, chain-just-barely-hanging-on variety. Why, you ask, with the amount of biking they do? Well,  we all know that practicality and “frugality” (and directness..but we’ll save that for another day) run through every Dutchie’s blood! Why spend  your hard-earned cash on fancy features when your unusually large thighs and lungs can do the hard work instead?!? Heck, the Dutch would even rather power their bike lights with only their leg-pumping-energy (…’cause we all know how the cost of batteries can sure add up!! ;)

The most impressive feat of all however, is how Dutch people ride these heaps of metal and rust. Don’t be surprised by the Dutch’s uncanny ability to ride a gearless bicycle while talking on a mobile phone, carrying 2 children, 6 bags of groceries, a television set, and a mattress balanced neatly on the back! Having grown up on wheels, the Dutch can conduct daily superhuman acts with laid-back coolness. I’d strongly recommend not trying it on your own.

Are you wondering how you are ever going to avoid getting run over by a fervent cyclist? Unfortunately I don’t have a lot of good advice for you there. Keep your eyes peeled, don’t dare set foot on the bike paths, and listen carefully for those angry bicycle bells ringing an onslaught of nasty insults. Oh….and don’t get too confused if in a moment of rage, someone tells you to “go get cancer”! 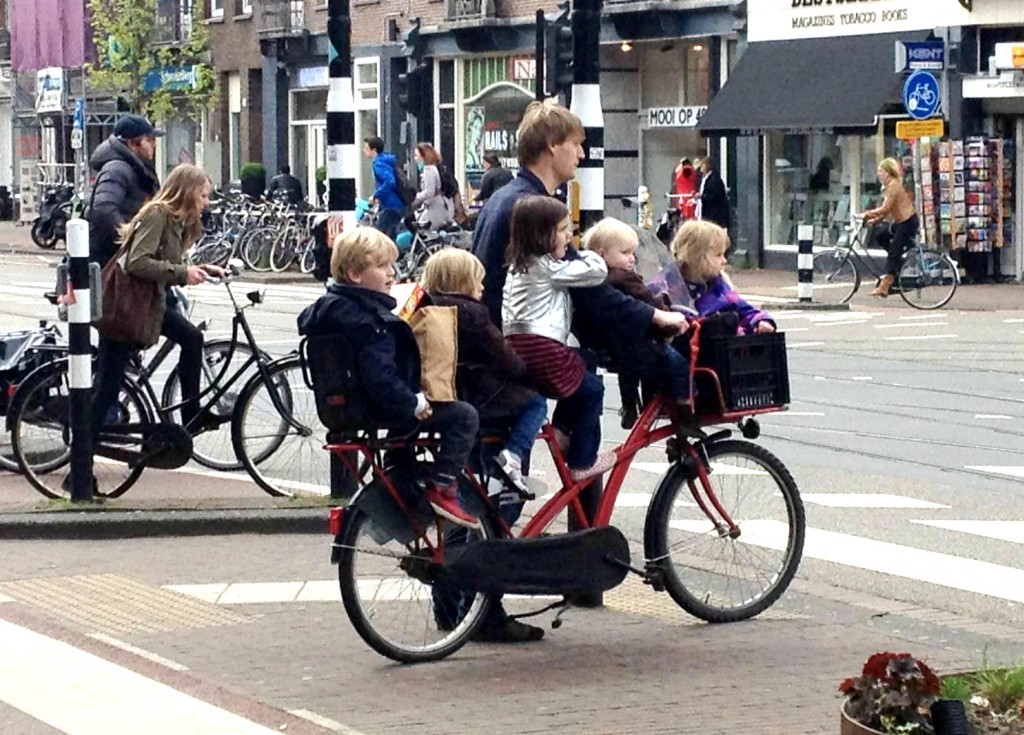 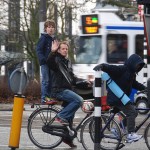 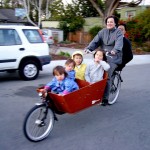 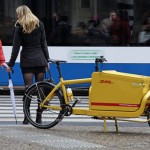