Ahhh….the tulip. An iconic symbol of Holland -only to be topped by the windmill or the clog. You certainly can’t get more Dutch than the tulip. Or can you? 😉

I will let you in on a little secret. The precious symbol of the Netherlands is not really Dutch at all!

The colourful presence of the tulip is owed to the Ottoman empire (by way of trade) and a flemish (oh my!) botanist who discovered that the hardy flowers thrived in the harsh climate of the lowlands.

Although not their own, the Dutch took to the tulip, and the flower trade in general, like bees to honey. Dutch flower exports now make up a 5 billion euro industry and chances are the tulips you gave your sweetheart last week in New York to make up for being such a grouchy bore were in fact born and bred on Dutch soil!

Tulips and the Dutch have an illustrious and chequered past. A love-hate relationship of sorts and one good enough for the history books. 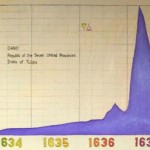 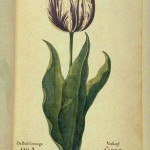 Although incomprehensible, at the height of their Golden-Age-popularity, one measly bulb could fetch 10 times the annual salary of a skilled worker (or as much as a treacherously-staired canal house).

The Dutchies were simply mad for those little bulbs! So mad in fact, that  in 1637 their over-the-top enthusiasm for the flowers triggered a massive speculative frenzy and the tulip market took a spectacular dive. Many a Dutchie lost their entire fortune (and apparently their minds) in tulipmania!

One can only wonder… can the irrationality of tulipmania explain the other frightful obsessions of the Dutch? 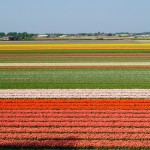 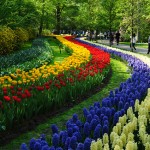 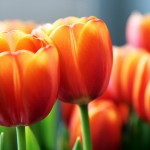 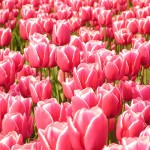